What is the Pallof Press?

The Pallof Press is an exercise that challenges the core stability and strength, targeting the abdominal and oblique muscles (it’s a very good exercise for the oblique muscles). Moreover, you can do this exercise in the gym or even at home, as you won’t need any special material: just an elastic band or a cable machine.

The Pallof Press is an anti-rotational exercise of the body that will put into work the core and glutes muscles in order to stabilize yourself. This is a very key point to work on, specially in strength sports (or many others), where stability is a key factor in order to complete the lifts safely.

You can perform small variations to the Pallof Press exercise such as making the stop with the straight arms last longer, or adding a small plate into the band in order to make the exercise even more unstable and unpredictable (as the weight will make the band bounce uncontrollably).

Another Pallof Press variation is to perform the exercise with a knee down as shown in the image below. This will make it even harder, as the glutes and the legs will not be able to get as tight as they would in a regular standing Pallof Press. It is important to notice that the leg with the knee down is the one closer to the resistance element (the inner one). If placing the legs the other way around, it would not be possible to do the exercise due to the lack of stability. 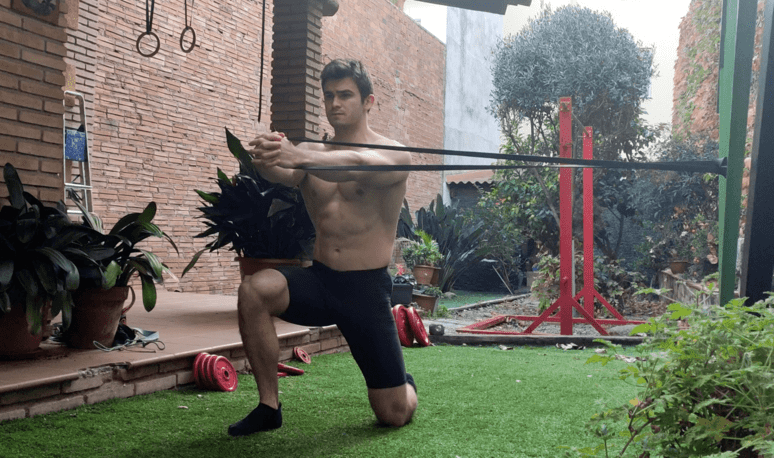 How to do the Pallof Press

The execution of the Pallof Press is simple:

– Tie the band or bring the cable machine to your shoulder height.

– Grab the band or cable with both hands, while standing sideways to the pulling force of the resistance element.

– Feet should be positioned at shoulder width or wider, in order to counterbalance the torque produced by the arms and the band or cable.

– The movement starts with the hands near your chest, extending the arms until both are completely straight and back to the initial position. The further the hands are from the body, the harder the movement will get (as the torque will be higher).

A key point to focus on is to keep the arms’ path straight, as the resisting force will try to make the movement path to curve. It is also important to maintain both shoulders at the same height level during the whole exercise. 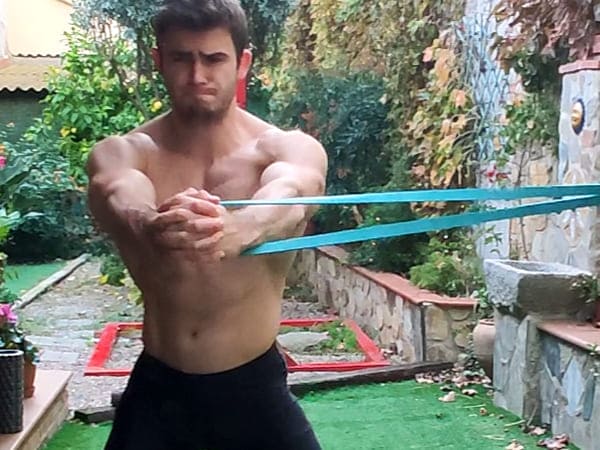 The main muscles group worked in the Pallof Press are: 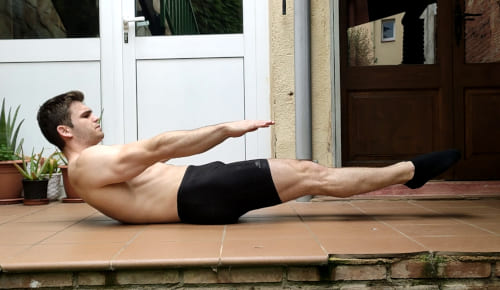 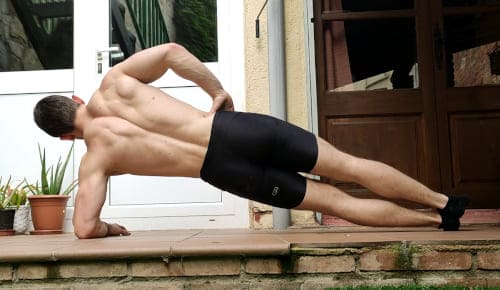 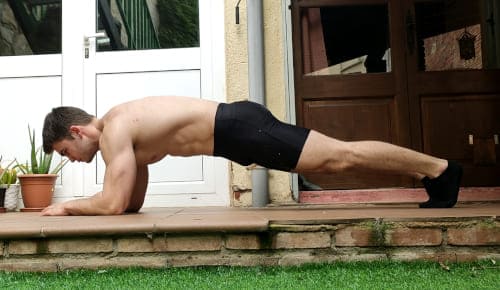